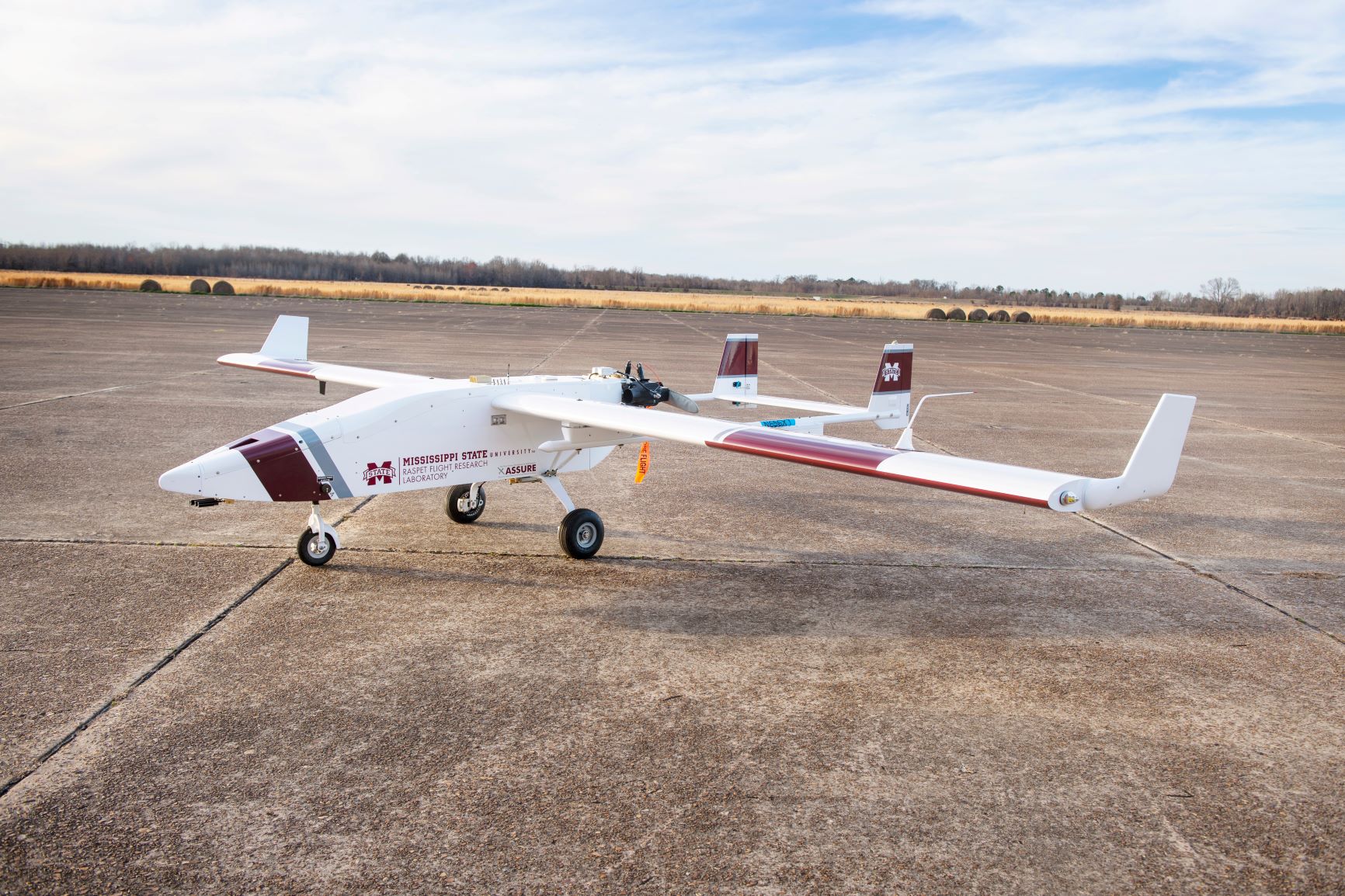 The TigerShark XP3 is an Unmanned Aircraft System (UAS) platform designed and built by the Navmar Applied Sciences Corp. It serves as a medium-altitude, long-endurance UAS in the Group 3 category that greatly expands the capabilities of the RASPET flight research lab by accommodating various types of payloads. The TigerShark is powered by a 32 horsepower Herbrandson engine and can carry a payload up to 95 pounds while capable of staying aloft up to eight-plus hours. 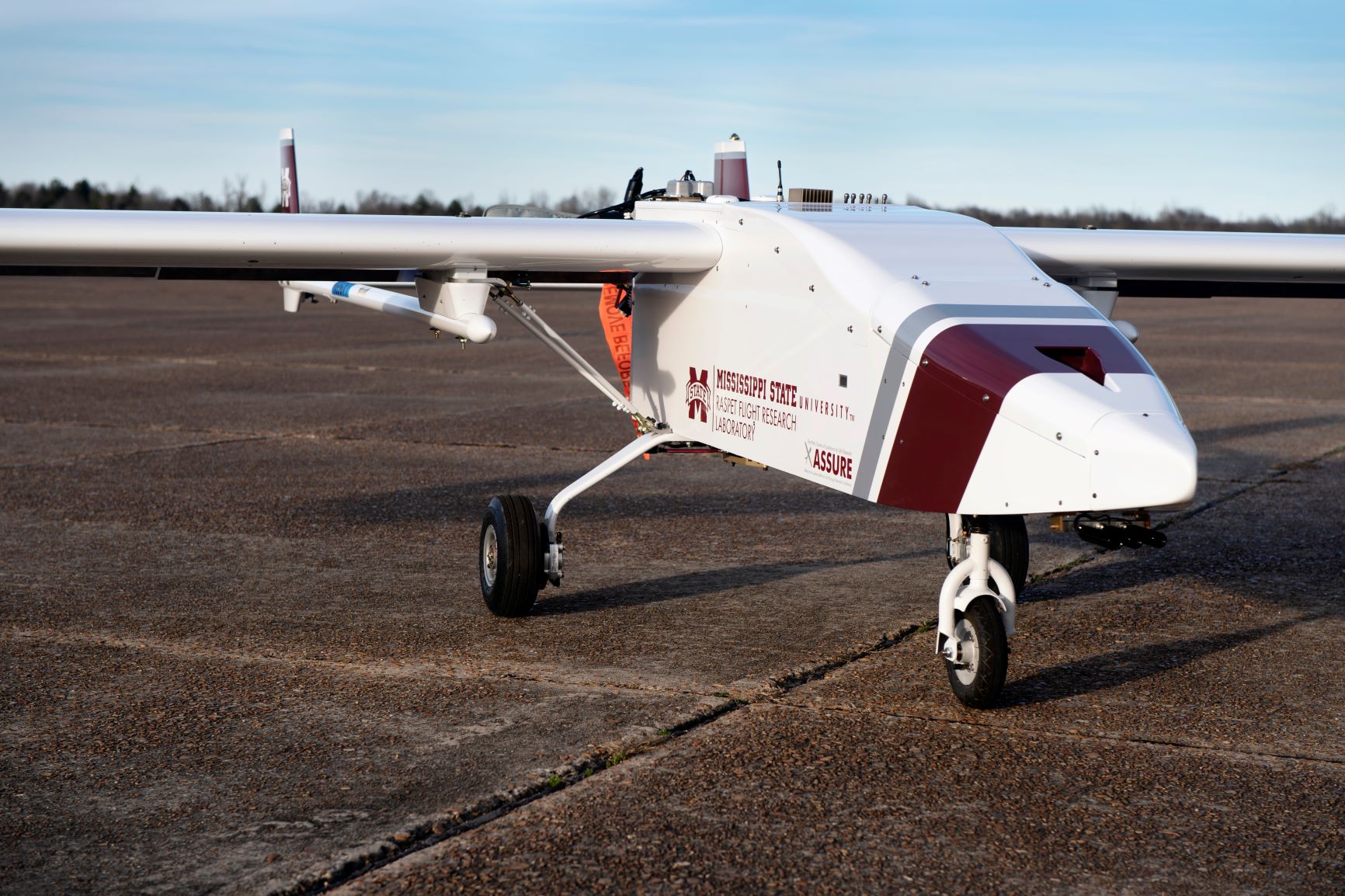 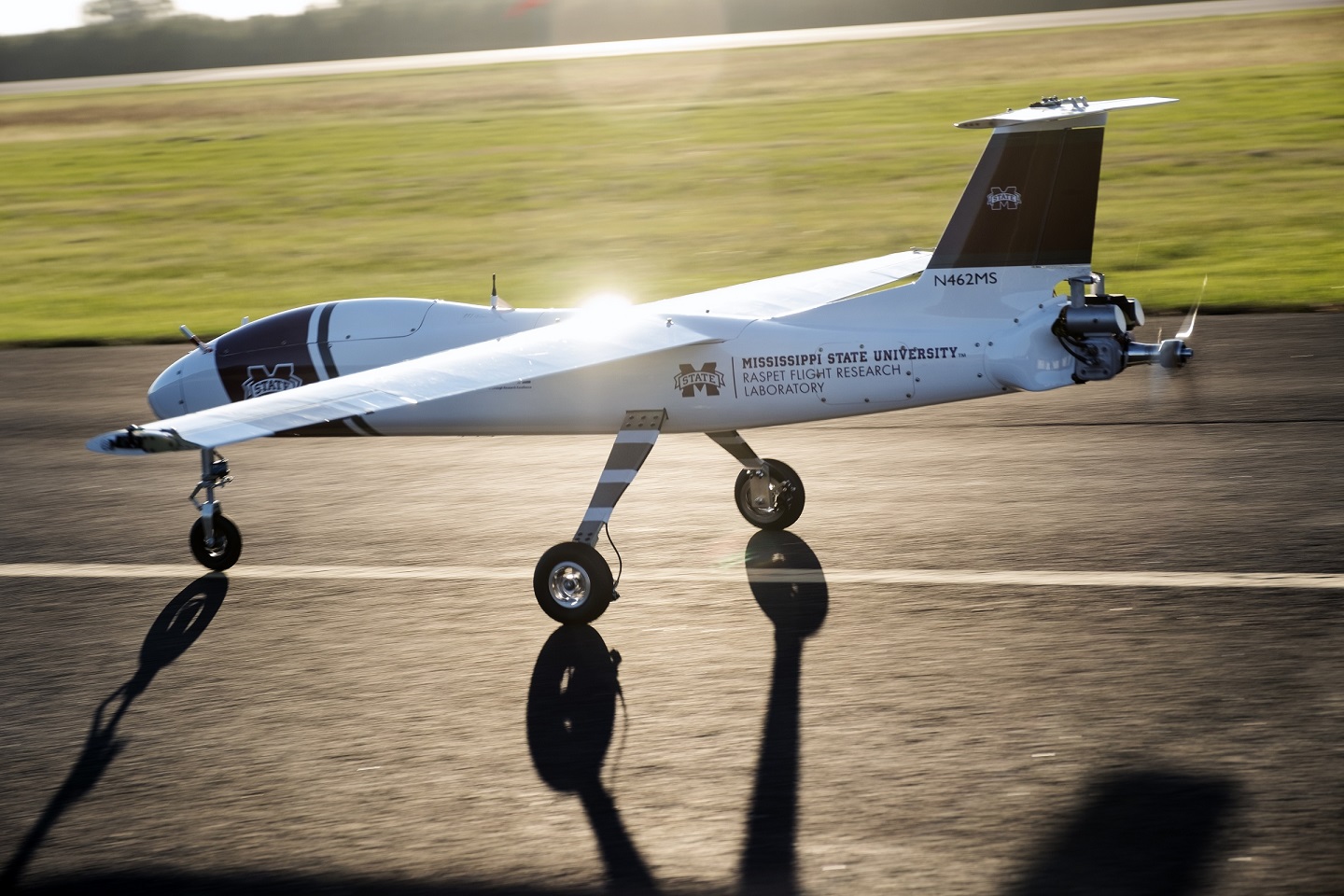 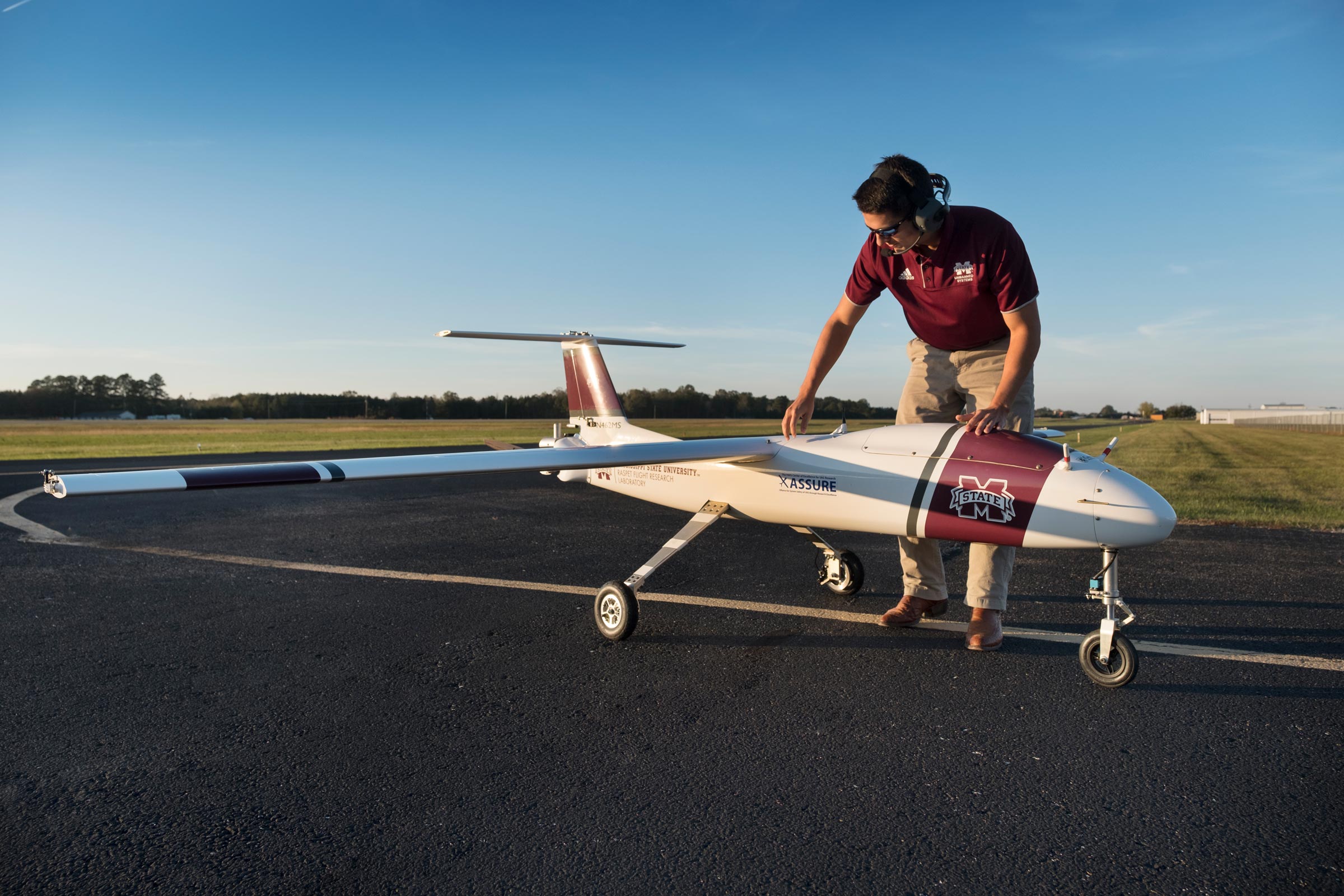 The Boeing Stearman PT-17 was built in 1942 and used as the primary training aircraft for the United States Army Corps. MSU acquired this aircraft in 1950 for use as a towing aircraft to research early-era sailplanes. Before coming to Raspet, the aircraft was upgraded with a 450 horsepower Pratt & Whitney R-985 radial engine and briefly used as a crop duster. The Boeing Stearman PT-17 continues to be used as a towing and experimental flight testing aircraft today and serves as the centerpiece of Raspet’s manned aircraft fleet while hangared. 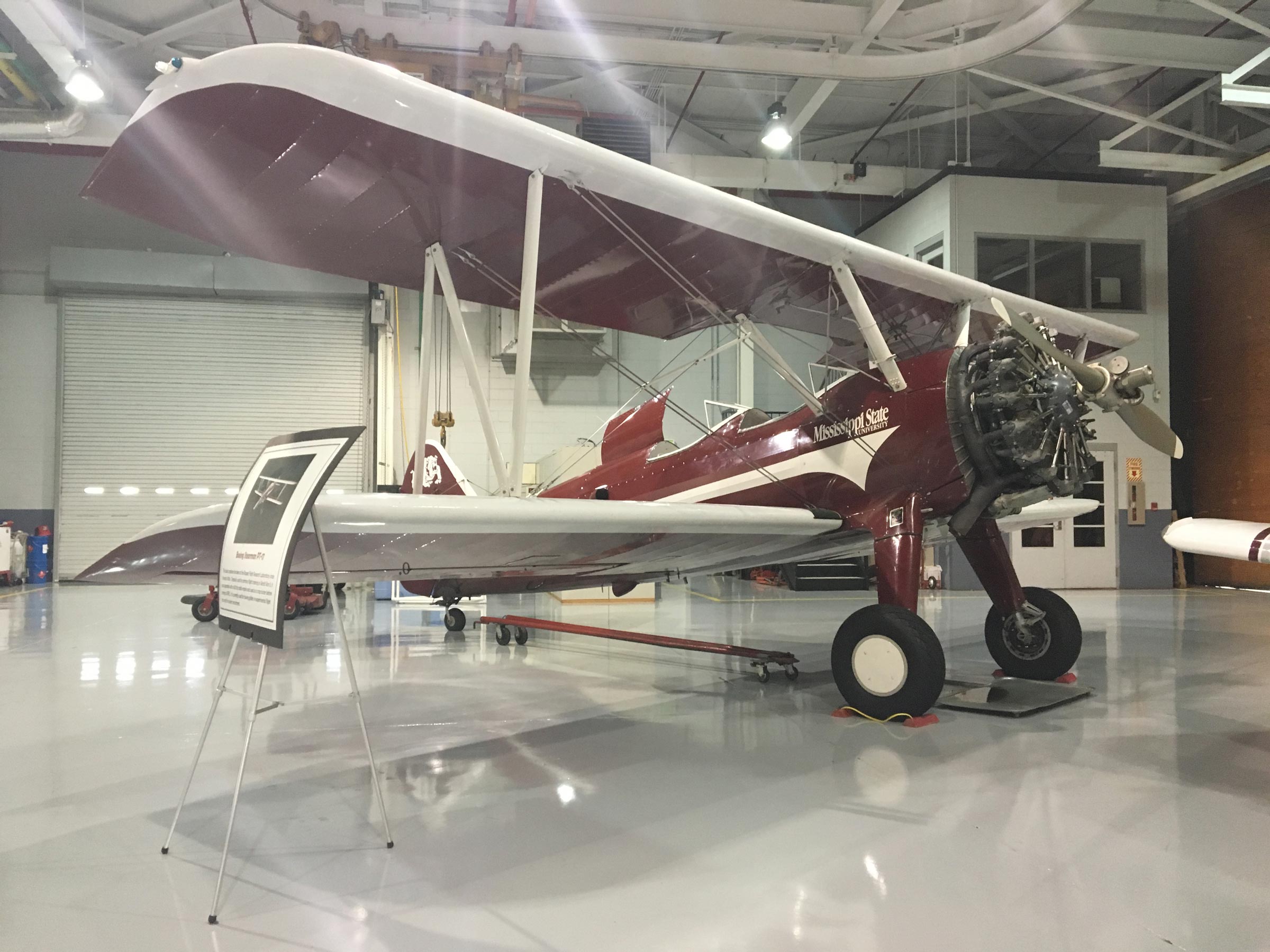 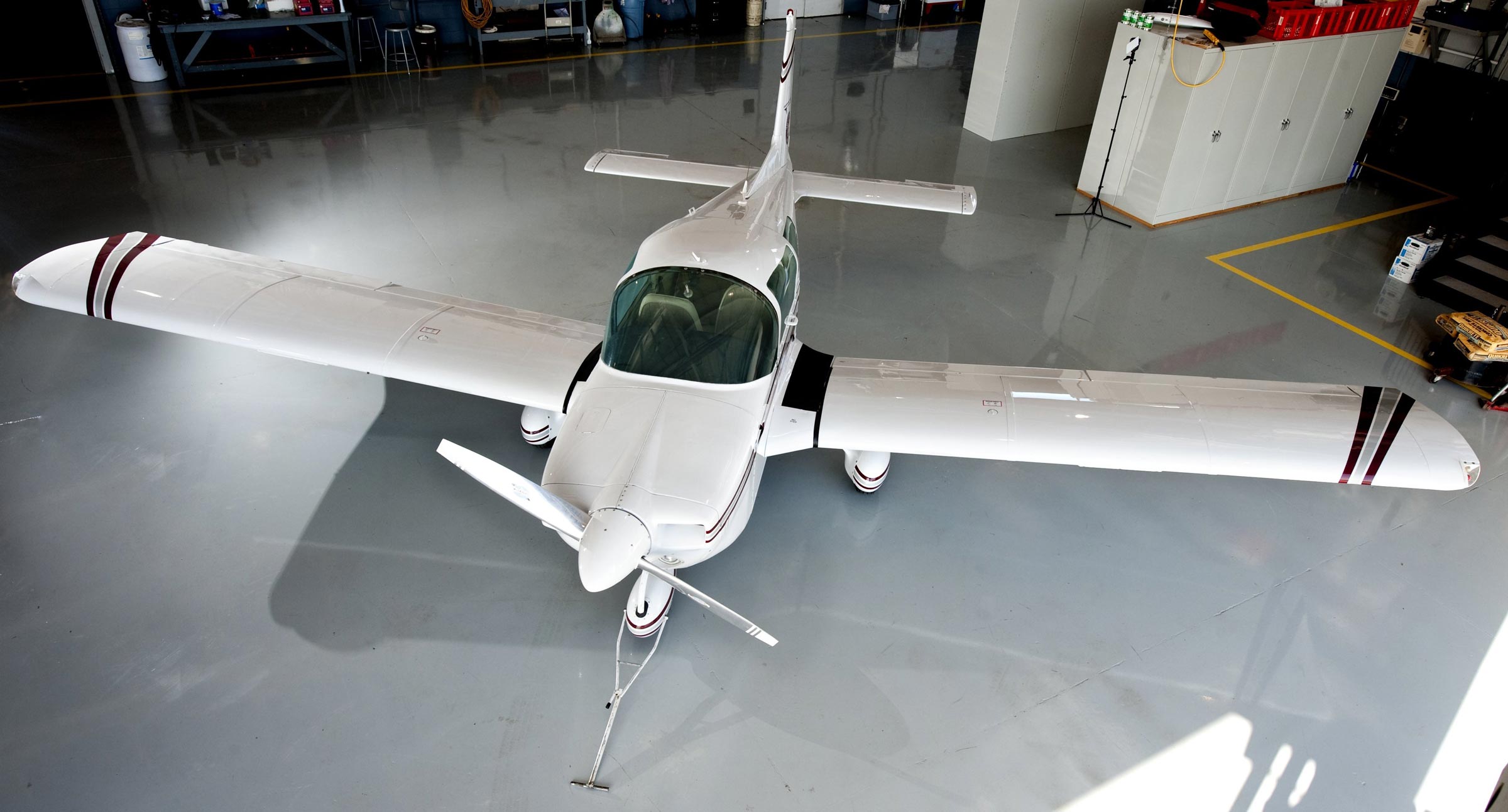 Raspet’s Grumman American Tiger was completed in 1976 as serial number AA5B-0001, the very first prototype of the Grumman American Tigers. The Tiger is a 4-place, low-wing monoplane aircraft powered by an O-360 180 horsepower horizontally-opposed reciprocating engine. The airplane is used in the Aerospace Engineering curriculum to teach students the fundamentals of flight test engineering. Additionally, the Tiger is also used for a variety of research efforts, as well as a flight training and currency aircraft for Raspet flight crew members. 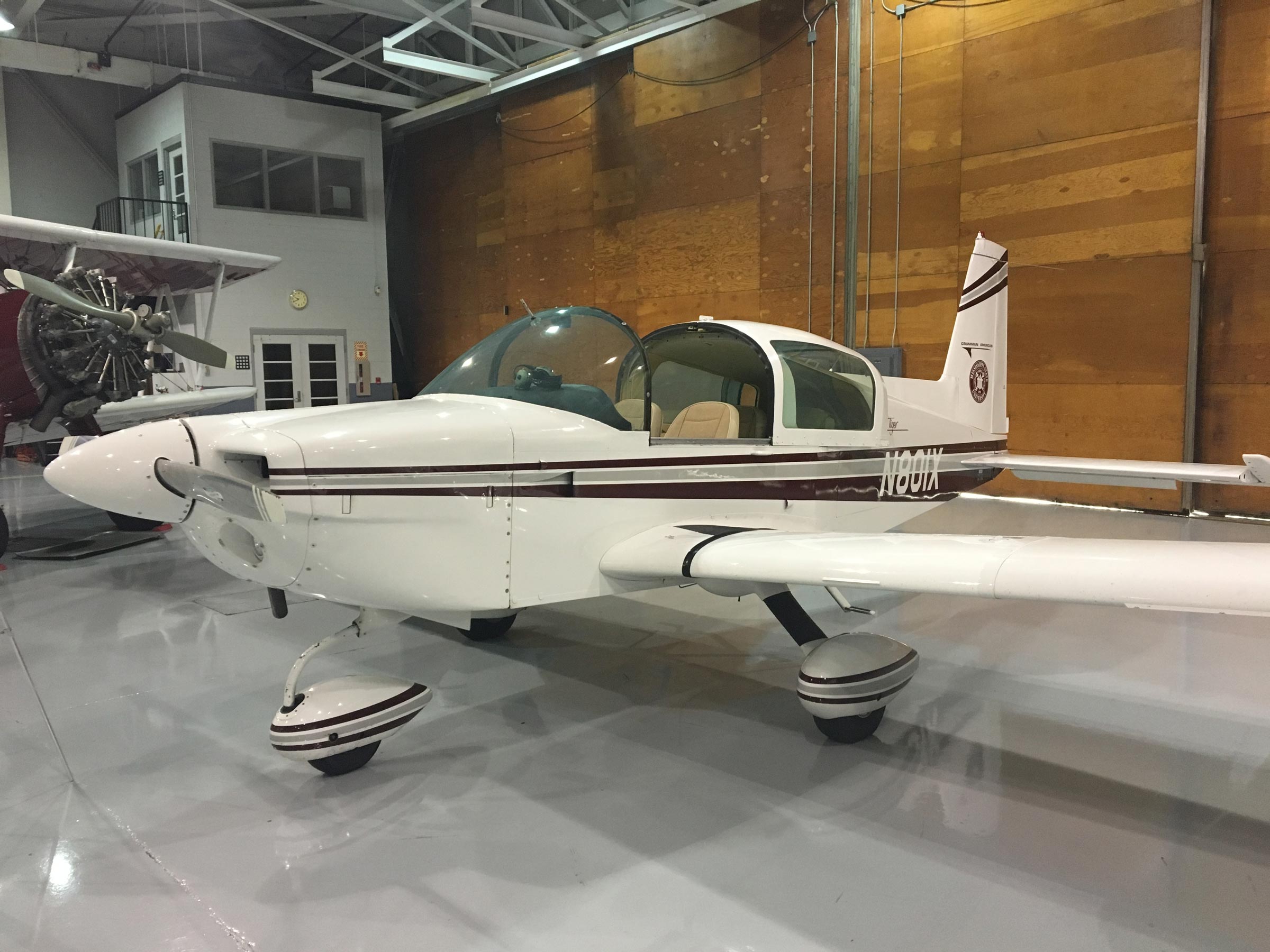 The Cessna L319 is a unique experimental aircraft originally built by Cessna for the U.S. Marine Corps as a forward observer aircraft. This two-place, tandem aircraft was later built in 1957 for Wichita State University for short takeoff and landing (STOL) research. The L319 is powered by an O-470 225 horsepower engine. Since arriving at Raspet, the L319 has been used in a stall prevention study program with NASA and as an aerial photographic aircraft for MSU.  Currently the L319 serves as the primary chase aircraft for numerous unmanned aircraft systems (UAS) research efforts. 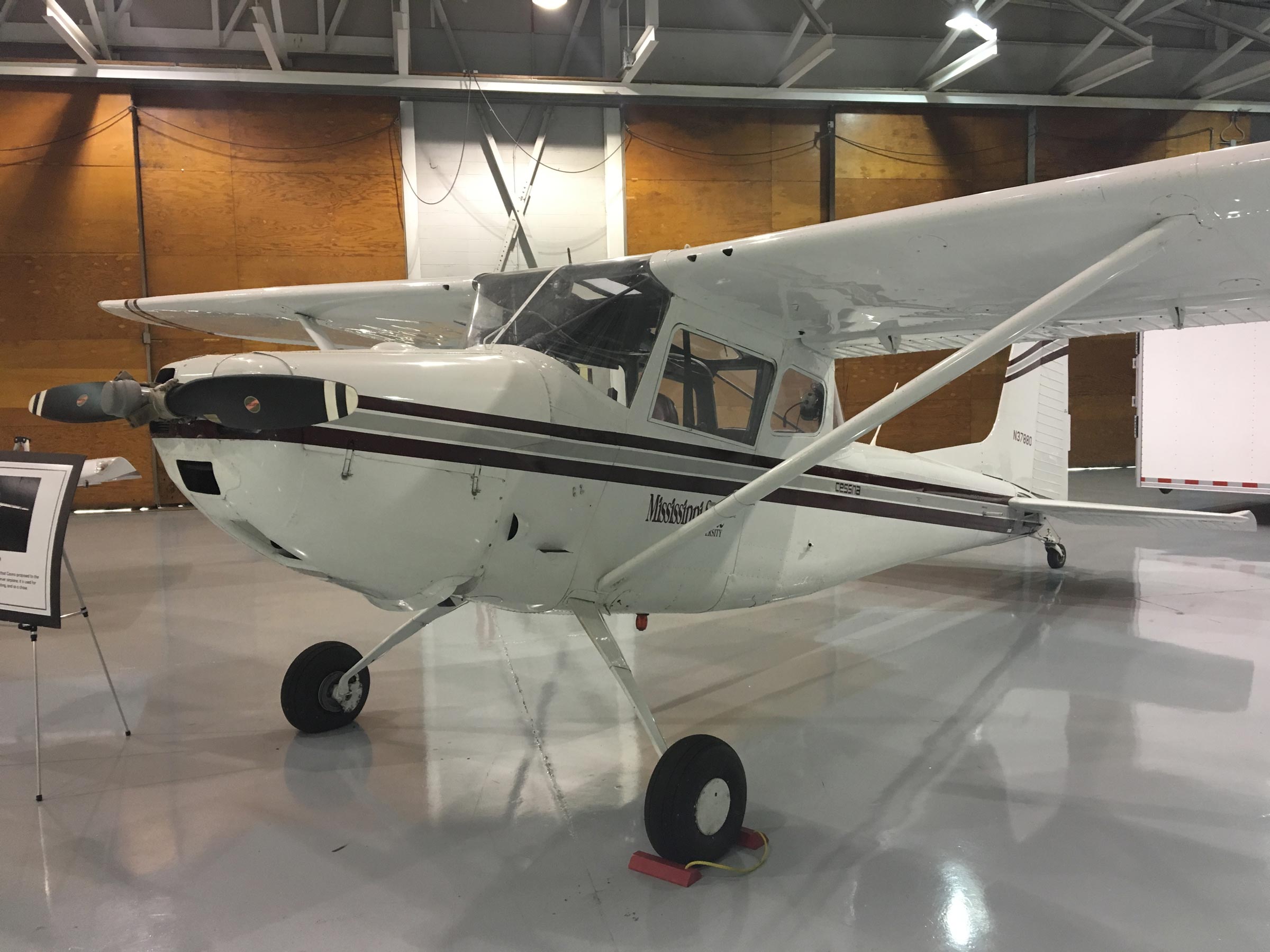 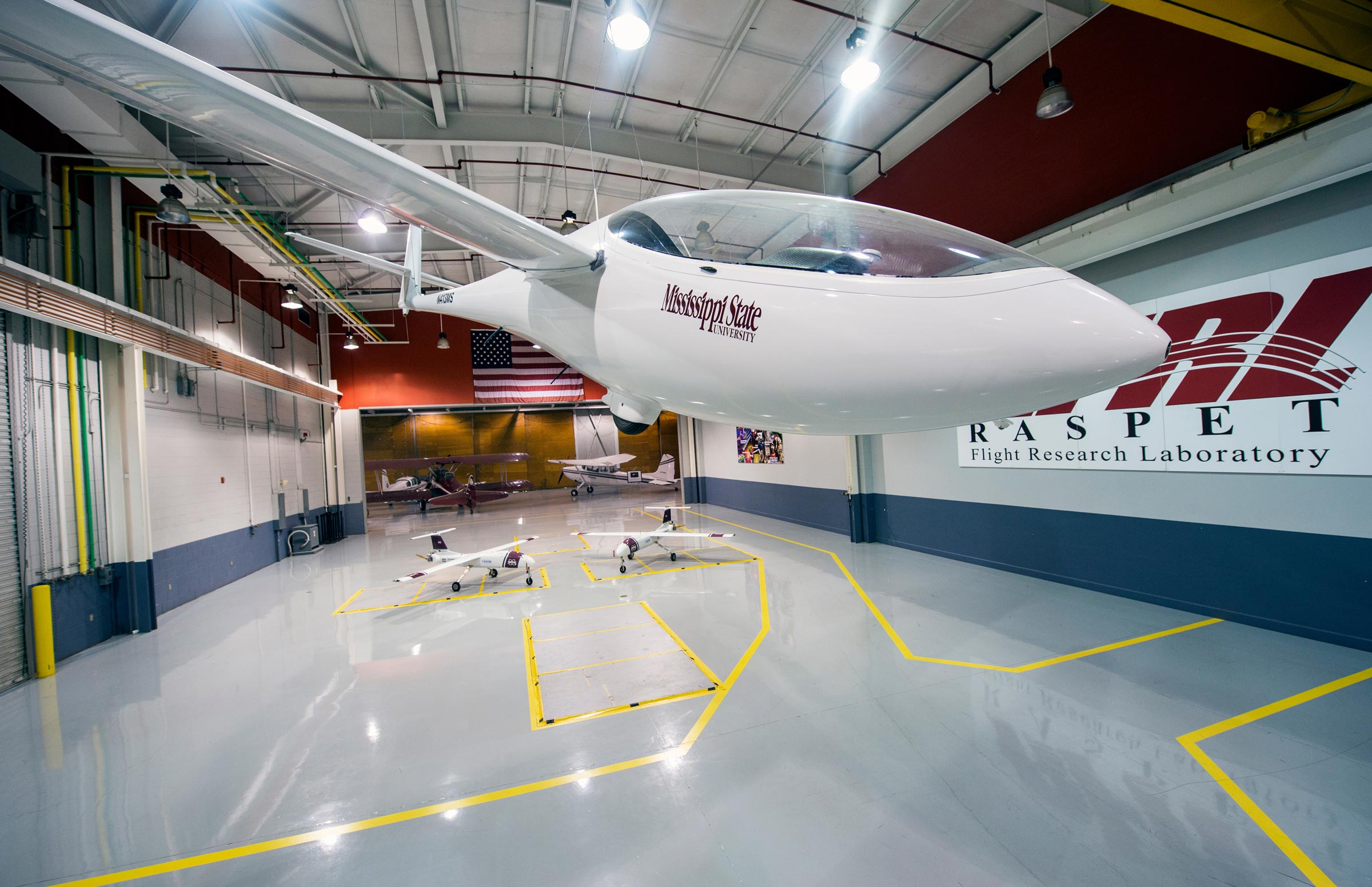 The Owl is an ultralight sailplane designed to be an optionally piloted aircraft (OPA). The Owl is a single-place, all-composite sailplane with L-3 Geneva Aerospace flightTEK® autopilot, Dynon Avionics electronic flight information system (EFIS), and Microair transceiver and transponder. Raspet’s fleet includes two Owl aircraft. The first is configured to be flown autonomously or remotely and has a non-retractable 32hp engine installed above the aircraft fuselage. The second is an unpowered sailplane configuration that is designed strictly for manned flight. 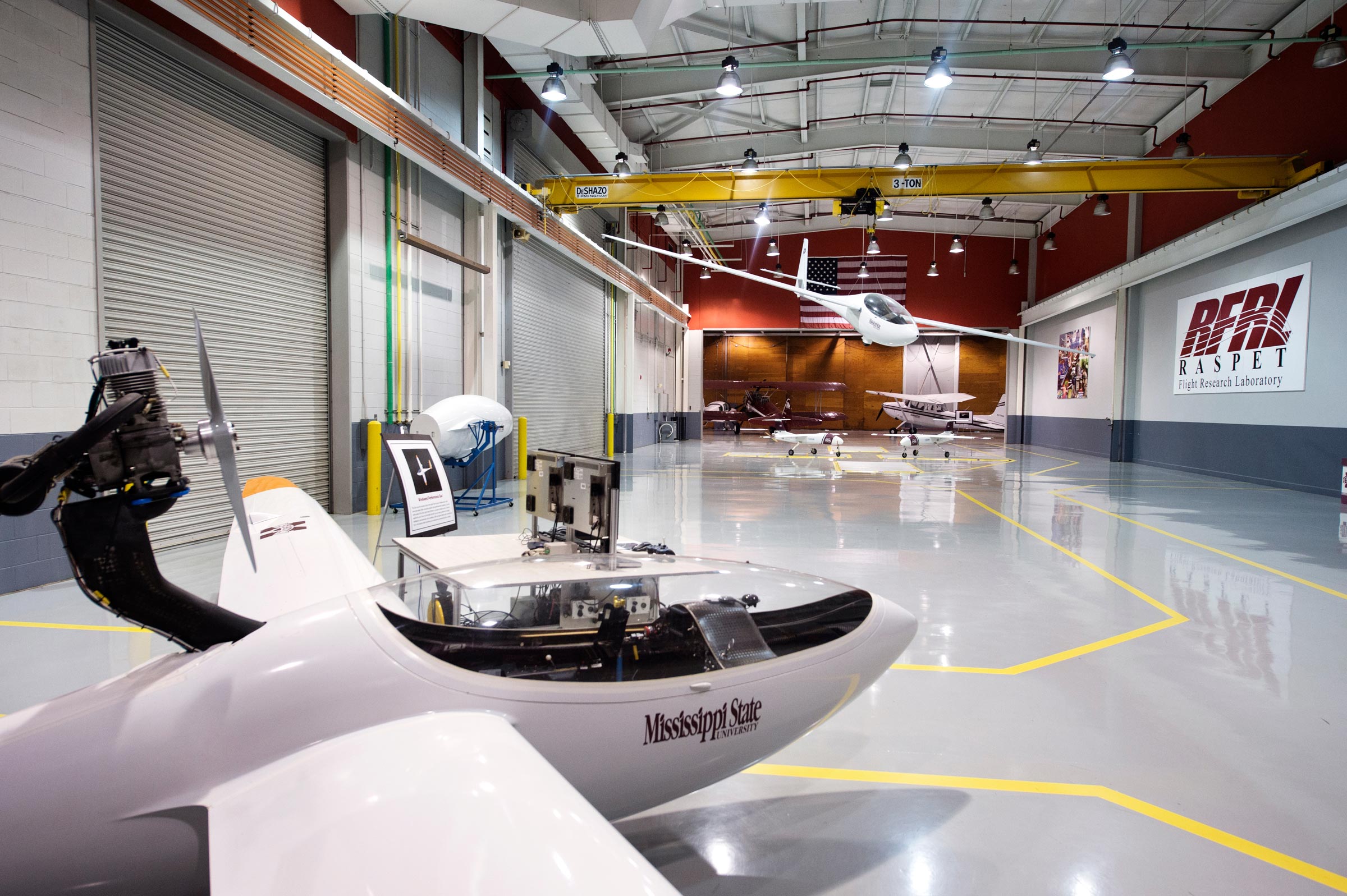 Scroll Back to Top Button