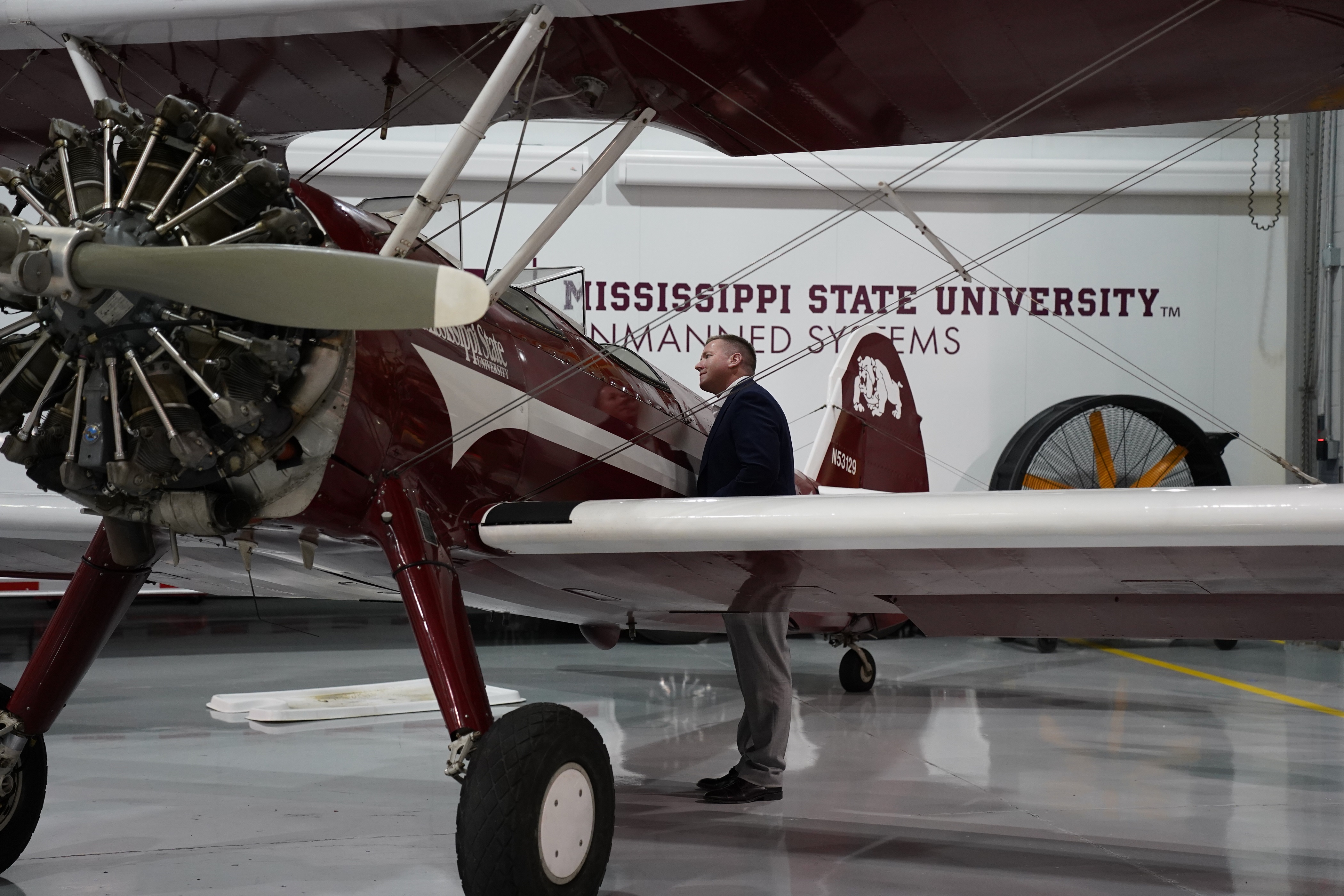 A Mississippi National Guard member looks at Raspet's Boeing Stearman during a tour of the MSU flight research lab. (Photo by Chris Bryant)

Tom Brooks, director of MSU’s Raspet Flight Research Laboratory, was among select panelists who spoke with the members during the series that also included formal lectures, discussions and tours.

“Raspet has strong military ties, and it was an honor to speak with these men and women,” said Brooks. “From developing unmanned aircraft systems for flying in all-weather environments to researching ways UAS can fly quieter, cooler and with more efficiency, Raspet is immersed in multiple projects with military involvement and interest. Our information exchanges were of mutual benefit.”

Known as the Mississippi National Guard Professional Development Institution of Higher Learning Lecture Series, the program is designed to expose students to academic environments similar to those found in senior military education institutions.

This program recurs at higher education institutions across the state and is attended by field grade officers, warrant officers and non-commissioned officers, including colonels, lieutenant colonels, command sergeants major and master sergeants.

The Mississippi State program was coordinated by Mississippi National Guard Joint Force Headquarters staff with contributions from Andrew Rendon and Kenny Anthony, who serve as both Guard officers and MSU faculty and staff members. The theme of MSU’s program was related to how universities’ work impacts elements of national strategy.

MSU’s Raspet Flight Research Laboratory is the nation’s leading academic research center dedicated to the advancement of unmanned aircraft systems. Raspet is the only institute in the world designated both as the FAA’s UAS Safety Research Facility and as official UAS Test Sites for both the FAA and the Department of Homeland Security. Home to a fleet of the largest and most capable unmanned aircraft in academic use, Raspet conducts UAS research on behalf of federal agencies and commercial industry alike, and it remains a world leader in composite material research.

Scroll Back to Top Button